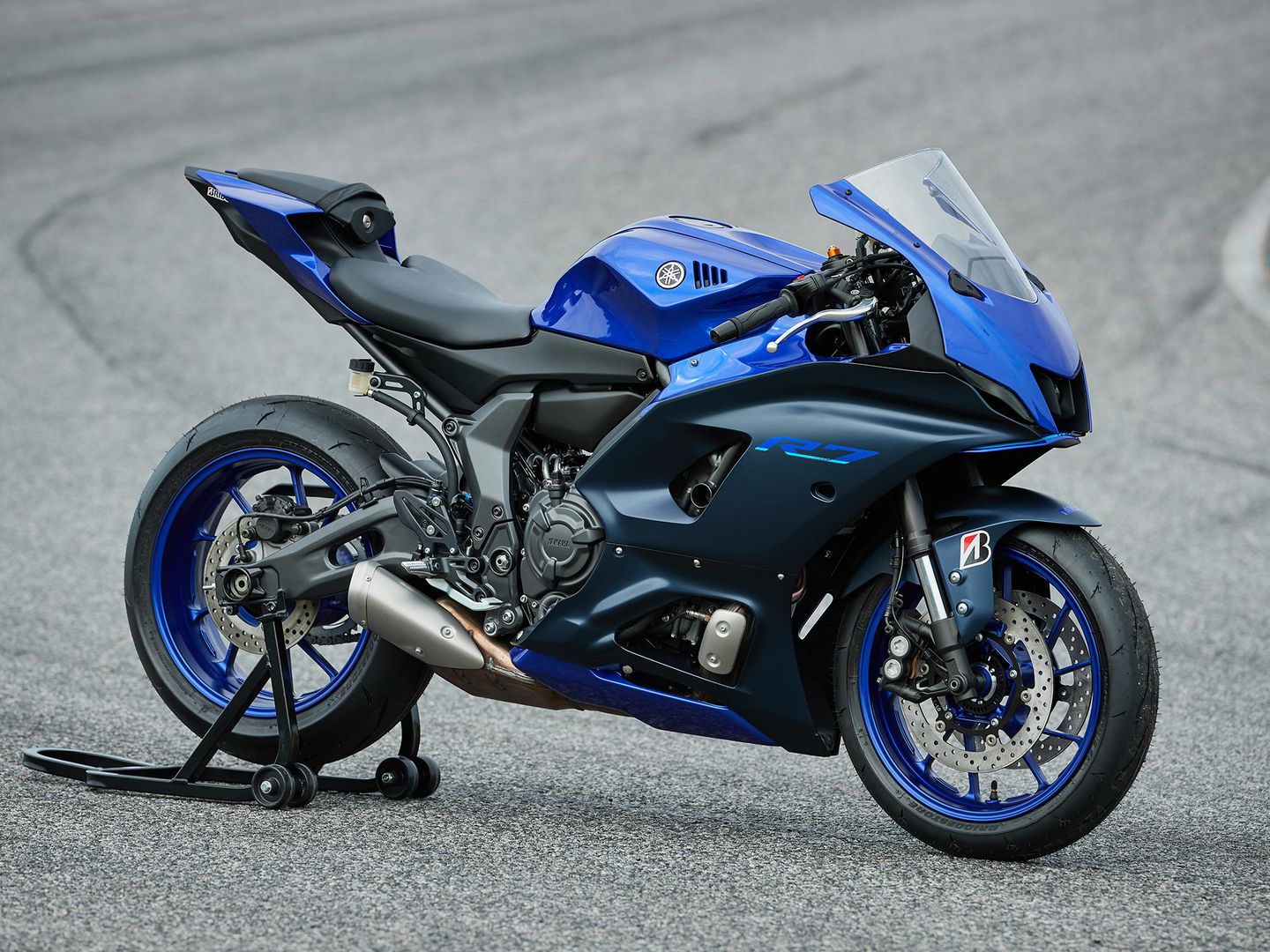 More than a year ago, we revealed that Yamaha had filed trademark applications around the globe to protect the use of the names YZF-R9 and R9 for a future motorcycle. Now the project has come a big step closer to reality with new international-patent-protection applications covering the bike’s planned logos.

Where the previous applications were for “word” trademarks, simply applying to the use of the names R9 and YZF-R9 on products, the new documents are for “figurative” trademarks intended to protect the actual appearance of the bike’s branding. As such, they show the stylized R9 and YZF-R9 logos that will appear on the bike itself. The initial trademark applications have been filed in Australia, but more will no doubt follow in other markets.

Unsurprisingly, the chosen font for the branding exactly matches that used by Yamaha on its other “R” sportbike models, and as the R1, R7, R3, and R125 all have closely related naked MT models, it’s easy to predict how Yamaha will go about creating the R9. Just as the R7 was developed by wrapping the successful MT-07 in a full fairing, the R9 will be derived heavily from the MT-09.

That’s a tempting proposition. The MT-09 is already an impressive machine, offering an unusually good combination of performance and specification for its price, and throwing in the added bonus of a character-rich three-cylinder 890cc engine. The MT-09 SP is even more attractive thanks to a fully adjustable KYB fork and an Öhlins shock, while the latest versions feature a superbike-style Deltabox aluminum frame.

With 117.3 hp and 68.6 lb.-ft. of torque, and weighing only 419 pounds fully fueled, the MT-09′s specs are essentially on par with those of the original 1992 Honda CBR900RR that rewrote the superbike playbook. In fact, the Yamaha is a fraction torquier and lighter, and of course benefits from modern suspension, brakes, and electronics. Wrap a fairing around an MT-09 SP, as Yamaha seems set to do to create the YZF-R9, and the resulting bike will have power and weight similar to the now-discontinued YZF-R6 four-cylinder, but with far more torque on tap

The result should be a bike that breathes new life into a fading sportbike sector. Over the years, the need to make sportbikes into race-ready tools for sporting success has taken a toll on their real-world usability. Race homologation pressures have added to costs as manufacturers bolt on exotic components that might shave a 10th off of a lap time but add little to the lives of normal customers. While the focused machines that result are astounding creations in their own right, the sacrifices made in the practicality stakes have seen sales decline. It happened first with the 600cc four-cylinder class, once a dominant force in the days of machines like the Honda CBR600F, and in recent years liter-class superbikes have gone down the same route. A torquey, affordable Yamaha R9 could be the ideal machine for sport-oriented road riders who don’t want to go to the extremes of a $20,000 200 hp monster.

In sporting terms, the R9 is also an answer for Yamaha. At the moment, the old YZF-R6 remains the company’s only option for the Supersport World Championship. It has dominated that class in 2022 despite rule changes that allow larger-capacity machines including the Ducati Panigale V2, MV Agusta F3 800, and Triumph’s 765cc Street Triple RS to compete, but the benefits of racing a bike that’s no longer available as a production machine (in a series specifically aimed at production models) are questionable.

From 2023 onward, all bikes in the class will need to comply with “Supersport Next Generation” rules (already used for the Panigale, MV, and Triumph), which allow the FIM to give dispensation for bikes outside the old capacity classes to compete, subject to rev limits and minimum weights to create parity. The YZF-R9 would be an obvious potential contender.

How soon will we see the R9? With the EICMA show in Milan due to open in early November, it might be only a matter of days before there’s official confirmation of the bike’s existence.

Back to
Login
×
Close This Panel

Item added to your cart

Continue Shopping Go To The Cart